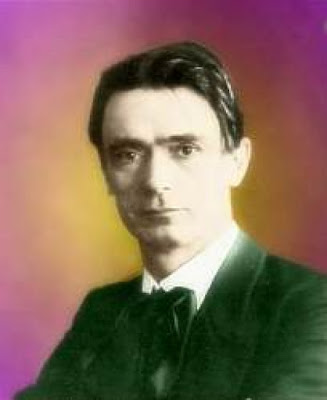 
'The very word 'secrecy' is repugnant in a free and open society; and we are as a people inherently and historically opposed to secret societies, to secret oaths, and to secret proceedings.'
- John F. Kennedy, 1961

'Researchers have pointed out the heavy presence of occult symbolisms and connections within both the JFK and 9/11 events .....Why would such an analysis be important? Because in the final analysis, without knowing the culture of one's opponent or overseers, one can never know their mind and possible motivations.
- Joseph P. Farrell, PROFESSOR PETER DALE SCOTT ON THE “DEEP STATE”

"Soon after the year 2000 has been written, a law will go forth from America whose purpose will be to suppress all individual thinking. This will not be the wording of the law, but it will be the intent" [GV,p98]. - See more at: http://www.henrymakow.com/rudolf_steiner_actually_oppose.html#sthash.FTtEWtdy.dpuf

"Soon after the year 2000 has been written, a law will go forth from America whose purpose will be to suppress all individual thinking. This will not be the wording of the law, but it will  the intent" [GV,p98].
- 1916, Berlin, Rudolf Steiner, p98, '

Rudolf Steiner, Gegenwärtiges und Vergangenes in Menschengeiste (The Present and the Past in the Human Spirit) - See more at: http://www.henrymakow.com/rudolf_steiner_actually_oppose.html#sthash.FTtEWtdy.dpuf

'Using the firsthand knowledge available to him, Steiner takes us behind the scenes of events in outer history and contemporary culture to reveal a dark world of secret elitist brotherhoods that are attempting to control the masses through the forces of economics, technology, and political assassinations. These hidden groups, he explains, seek power through the use of ritual magic and suggestion........
Consider this: We, citizens of the West, see this escalation to dominate and control power utilities and strategic key regions in the world coming out of America now. Those of us under forty will surely live under its legislative, executive and judiciary authority and control. .... Steiner has no doubt these secret brotherhoods are anti-Christ and says so plainly and without ado.......the truth is most people will not believe what’s happening today on the political horizon. The forces that are at work behind the scenes are as old as the battle between good and evil themselves.'
- omtale af Secret Brotherhoods af Rudolf Steiner

'The goal striven for is to establish a caste of masters in the West and a caste of economic slaves in the East, beginning with the Rhine, and extending eastward all the way into Asia"
- Rudolf Steiner, The Challenge of the Times

"Behind the external politicians, who are just straw men, stand the real leaders (secret society members,) with the conviction that it is the mission of the Anglo-Saxons to exercise a real world rulership, for many centuries into the future".  "Anyone who is not aware of this cannot possibly understand the course of current events".
- Rudolf Steiner, Die Geistige Hintergründe des Ersten Weltkrieges (The Spiritual Background of WWI)


"Rudolf Steiner alleged that the political development of the world was controlled by small, secret circles in England capable of manipulating the instincts, thoughts, and feelings of the politicians, and of the general public as well. After the first world war had broken out, he began to say a great deal about these mysterious power centers of the West. In his opinion, these occultists were responsible for the outbreak of the war by lulling the European politicians to sleep and at the same time creating confusion among the European peoples by whipping up their nationalistic, hostile instincts. For this reason, he frequently reminded his audiences that "present-day events" forced him to reveal information about these lodges and their activities. In 1915 and 1916 he showed a map, and he insisted that he was able to prove that this very map, which showed the frontiers of Europe almost exactly as they were drawn after the armistice in 1918, had existed in England in the 1890's....Shortly after the Communist revolution in Russia. Steiner alleged that the secret lodges of the West had turned Russia into a theater for their social experiments, and it looks as if the political development in the East was a very important factor as to why Steiner felt compelled to speak about these lodges and their activities. Rudolf Steiner died in 1925, i.e. before the Nazis came to power in Germany. It is however tempting to speculate whether German national socialism was some kind of social experiment as well, staged by the secret lodges of the West. It is clear from several of Steiner's statements that he viewed Germany as especially challenged and threatened by the powers that be. When he says below that "The real being of the German people cannot perish," this illustrates that Germany was completely on the defensive and in the claws of hidden manipulators
- The Secret Lodges of the West

”Steiner even went further than anti-Masonic ‘conspiracy theorists’ such as Nesta H Webster22 and the eminent Scottish scholar, Prof. John Robison,23 himself a Grand Lodge Freemason, both of whom accepted English Masonry’s innocence of intrigue. Steiner, however, made a particular point of discussing the origins of Continental Masonry in the English Lodges. Despite its repudiation of ‘irregular’ Grand Orient Masonry that predominates on Continental Europe and Latin America, English Grand Lodge Masonry, stated Steiner, was also involved in a struggle for world power. He said the British Government was subverted by the secret societies, and that in particular foreign affairs was taken over by “an inner committee.”24
Steiner, in tracing the origins of Grand Orient Masonry to the Grand Lodge, wrote that:

'But everywhere in a different way, in many places outside the actual British realm, Freemasonry pursues exclusively or mainly political interests. Such political interests in the most palpable sense are pursued by the ‘Grand-Orient de France’, but also by other ‘Grand Orients’. One might now say: what has that to do with the English?… But view this in conjunction with the fact that the first High-degree Lodge in Paris was founded from England, not France! Not French people but Britons founded it; they only wove the French into their Lodge…

After listing the Lodges that were founded under the impetus of the English Grand Lodge, from Spain to Russia, Steiner adds that, “these Lodges were founded as the external instruments for certain occult-political impulses.” These impulses included the “fury of the Jacobins,”26 (who launched a Reign of Terror over France in the name of ‘Liberty, Equality, Fraternity’); Weishaupt’s Illuminati and the Italian Carbonari. Although Steiner admits these began without “evil” intent (which I would dispute), they “continued their underground work in many different forms,” after being driven underground. Steiner alludes to the disingenuousness of Grand Lodge Masonry in being able to say:

‘[L]ook at our Lodges, they are very respectable – and we are not concerned with the others’. But if one can see through the historical connection and the driving forces in an interplay of mutual opposition to one another, then it is indeed high British politics that is concealed behind it.27
- Rudolf Steiner, Secret Societies & ‘The Ahrimanic Deception’
http://www.newdawnmagazine.com/articles/rudolf-steiner-secret-societies-the-ahrimanic-deception


'Again and again, when confronted by the many serious problems with which humanity has been struggling since the First World War and is still facing, the almost despairing question is often asked, even in anthroposophical circles: 'What can I do? What can the individual do about the machinations of these secret groups, if indeed they exist? It's all too much for individuals.' Rudolf Steiner's answer in these lectures is bold and clear:

The only defence against these things is knowing about them. If you know about them, you are protected ... But you must not be idle about acquiring real knowledge of these things."

- Fra forordet til 'Secret Brotherhoods & the Mystery of the Human Double', 2004, by Terry Boardman 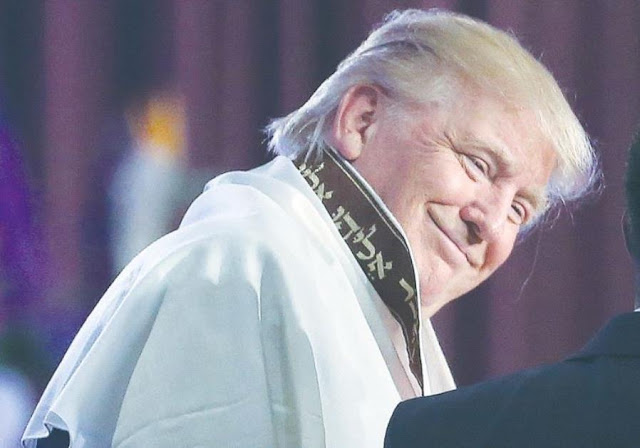 Deep Politics’ and Supranational Aspects of the Trump Era